Home Religion The makers of translated Qur’an into Ebira language a marvelous achievement.

The makers of translated Qur’an into Ebira language a marvelous achievement.

History was made on Sunday, April 25, 2021 when the first ever Ebira translated Glorious Qur’an was publicly presented in Okene, Kogi State, in the palatial palace of the Ohinoyi of Ebira land, a first class King, Dr. Ado Ibrahim.
In deed, Ebira language is the fourth in Nigeria in which the Holy Qur’an is translated. The first three languages are Hausa, Yoruba and Kanuri. And this is what makes the Ebira translated Qur’an unique and historic. 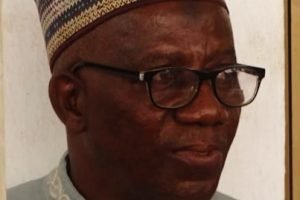 It all began in 2003 by Yusuf Ozi Usman, a journalist and author, who had earlier in 1998, completed and launched the first published Ebira English Dictionary in Kano, Nigeria. (The review standard edition is ready and waiting for financier to publish).
On relocating to Abuja, Nigeria’s Federal Capital in 2001, he began to scribble down words, translating the Qur’an in Ebira language. After compiling the opening chapter of the Qur’an as well as the chapter of Baqara, approached Alhaji Isa Ovurevu Ademoh (of blessed memory) to chair the production committee, to which he gladly accepted. Alhaji Ademoh was a Director in the agricultural department of the Federal Capital Development Authority. He died on retirement in May 2017. 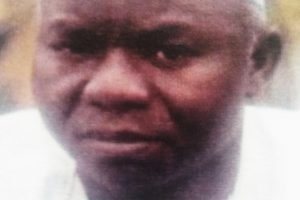 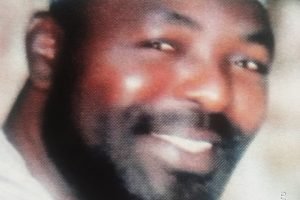 Ustaz Murtada Abd-Al-Rahman
The chairman also suggested that we bring in a renowned and respected preacher and retired lecturer at Ahmadu Bello University (ABU), Zaria, Sheikh Mousa Yousoufu Onogu, who incidentally is the spiritual guidance to the family of Alhaji Isa Ademoh. Sheikh Onogu is an accomplished public preacher in Ebira language. 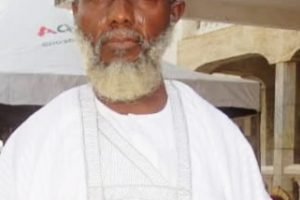 Sheikh Mousa Yousoufu Onogu
Before the coming of Sheikh Onogu into the Committee, the trio of Alhaji Isa Ovurevu Ademoh, Ustaz Murtada and Yusuf Ozi Usman had visited and got the blessings of Sayeedah Bilkisu, Chief Imam of Ebiraland, Sheikh Musa Galadima, Alhaji Badamasiyu and the Ohinoyi of Ebira land, Dr. Ado Ibrahim. The trio also visited the son of late Sheikh Mahmoud Gumi of Kaduna, Ustaz Usman for the purpose of getting the Kingdom of Saudi Arabia interested in publishing the final product. 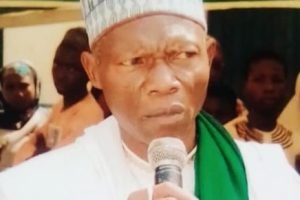 Ustaz Musa Salihu Ogaminana
And after accepting to serve in the committee, Sheikh Onogu drew attention to another Islamic scholar and preacher, Ustaz Musa Salihu Ogaminana who was already doing similar project and suggested that he should be convinced to join the Committee and collapse his work into the existing one by the new committee.
At a later time when the formed committee had gone far in the compilation of the works and the need to get it properly edited, the name of Ustaz Ismail Nuhu Abarigi, a lecturer in Arabic at the University of Abuja came in. He subsequently joined the Committee. 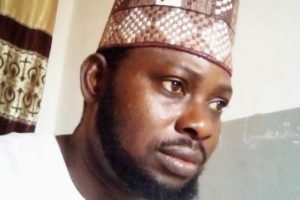 Ustaz Ismail Nuhu Abarigi
As a matter of fact, at a point, especially after the death of the chairman, the committee went comatose, except Sheikh Onogu that kept on struggling to see that the work on the translation was completed.
In the process, a Director in the Nigeria Deposit and Insurance Corporation (NDIC), Alhaji AbdulGaniyu Ahmed and in-law to late chairman, agreed to the call of Sheikh Onogu to step in as chairman, while the son of the late chairman, Kabiru Isa Ovurevu Ademoh was coopted to represent his father. 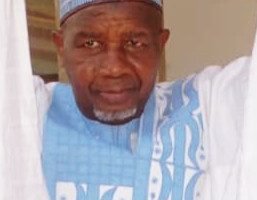 Alhaji AbdulGaniyu Ahmed
The new chairman became both a source of inspiration to move ahead with the project and as a financial supporter. He singlehandedly financed a three month retreat for the authors and editors to provide quiet atmosphere for proper attention to be given to the work. Sheikh Onogu and Ustaz Musa Ogaminana stayed in Abuja, from Okene in Kogi for three months, joined other authors and editors, to dot the i’s, cross the t’s and join the x’s.
The committee sourced for funds, printed the first five chapters of the work and presented to the public in 2019. The presentation was witnessed by the Ambassador of the Kingdom of Saudi Arabia to Nigeria, Adnan Mahmoud Bostaji. In fact, Ambassador Adnan Bostaji was so impressed that he promised, and had actually started the process of mass production of the Ebira translated Qur’an through his country, when it’s fully completed. The Ambassador died in the early 2020.
With the push by Sheikh Onogu, the work on the project kept trotting on, even as the chairman supported with all the financial needs. The wife of the late chairman, Hajiya Maimunat Okibayi Isa Ademoh was always on hand to host and feed members of the committee. 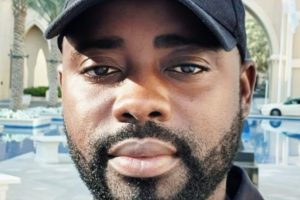 Kabiru Muhammad Isa Ademoh
Having completed the work, the need to publish it became very pressing without money enough to do so. Since it was obvious that the new Ambassador of Saudi Arabia to Nigeria was not in a hurry to fast-track the production in line with his late predecessor, members decided to go aborrowing.
The committee got quotation from some printers, and settled for not only the cheapest but who would do quality job.
The chairman went round to his friends, colleagues in Banking industry to borrow over N2 Million. Hajiya Maimunat contributed substantial amount to augment the production cost. The final product, was ready for presentation just five days to the public presentation on April 25. Having been so close to the day of presentation, it became too late to correct some detected typographic errors and “printer’s devil”
However, the need to return the glory to Almighty Allah Subhannahu Wata Allah became strong and inevitable. The wisdom, good health and foresight He graciously granted the committee members to face the challenges, complete the project and witness it’s final outing into the public domain are exceptional.
May Allah grant Alhaji Isa Ovurevu Ademoh Aljanatu Firdausi.

Will Buhari Heed the ‘Asaba Declaration’?

‘Police is not Nigeria’s Problem’